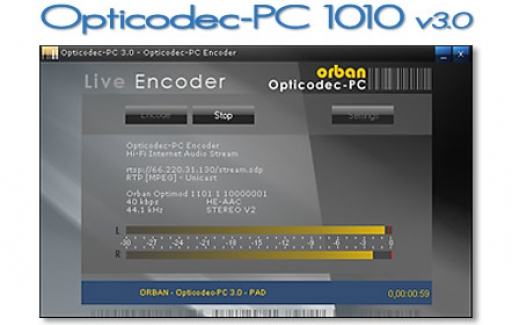 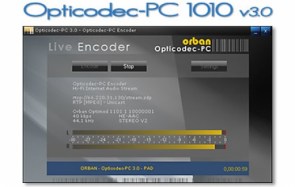 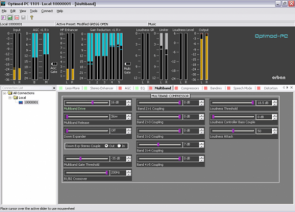 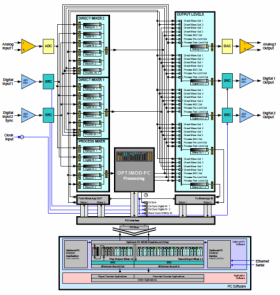 Not Rated Yet Manufacturer Orban

This package contains the OPTICODEC-PC 1010 PE MPEG-4 AAC/aacPlus™ encoding software and an OPTIMOD-PC 1101 PCI card. OPTICODEC-PC PE enables broadcasters to encode multiple audio streams from the same source at bit rates from 8 to 320 kbps. Optimized for streaming and digital radio, OPTIMOD-PC 1101 is a full featured stereo DAB audio processor on a PCI card for computers running Windows® 2000 (US only) and XP Pro editions. Its on-board 24-bit Motorola DSPs do all audio processing. It is also a high-quality sound card with analog I/O, AES/EBU digital output, and two mixing AES/EBU digital inputs with sample rate conversion.

The output sample rate can sync to the 1101’s internal crystal or to either digital input. The card includes WAVE drivers that allow it to send and receive WAVE streams from the host computer and to mix these with the card’s hardware analog and digital inputs. Multiple cards can be installed in the host computer, limited only by CPU resources and the number of available PCI slots. OPTIMOD-PC 1101 drives the OPTICODEC-PC PE software, which emits streams compatible with http/rtp/rtsp/ and now rtmp servers. Package includes, the Optimod-PC 1101 PCI card and the OPTICODEC-PC PE AAC/aacPlus™ professional encoding software, and user documentation.

For cost effective but high quality point to point links the Orban Opticodec-PC 1211 can be nicely combined with the Barix Exstreamer 110 which is also capable of decoding AAC/AAC+ streams.

There are yet no reviews for this product.